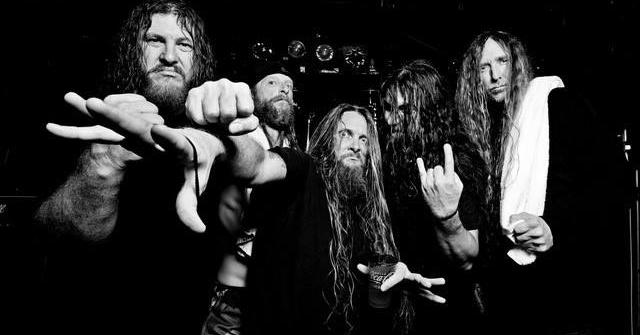 One of the most influential, revered and best-selling death metal bands of all time, OBITUARY formed in the swamplands of South Florida in 1989 after switching their name from Xecutioner. the band signed to Roadracer Records, a now defunct division of Roadrunner, for the recording of their debut album, the immense and immeasurably heavy Slowly We Rot (1989). The album was engineered by the legendary Scott Burns at Morrisound Studio, which would come to be the most sought after facility for production of albums during the rise of death metal in the 1990s. Unlike much death metal preceding it, the album had a sludgy feel and integrated devastatingly slow passages along with obliterating overtures that reached far beyond any point of mayhem that metal had yet to reach. The result was a carnal pleasure for doom, death and thrash fans alike coupling the adrenaline of a speedball with the slow, degrading measures of a sewer at dusk. OBITUARY were unlike anything anyone had heard before and would change the shape of heavy music forever.
OBITUARY followed up Slowly We Rot with Cause of Death (1990), perhaps the band’s most hailed album and an even more chaotic, bass heavy mix of the band’s signature groove, manic guitar solos and crashing drums. The album’s defining feature, however, was vocalist John Tardy’s disarmingly horrific, gargling style, that created guttural chasms of dread which, though often mimicked, have been achieved by no one else. Drastically shifting tempos and Tardy’s unique vocal style became the band’s trademarks, which clearly distinguished them from the rest of the burgeoning US death metal scene.

OBITUARY spent the next two decades releasing some of the finest death metal ever put to tape with classics like The End Complete (1992), World Demise (1994), and Frozen in Time (2005) solidifying them as one of the genre’s most important bands of all time. Fast forward to 2014, when after a five-year gap between albums, OBITUARY successfully crowdfunded their new album and subsequently partnered with Relapse Records for it’s release. Reinvigorated with a new lineup featuring the additions of legendary bassist Terry Butler (Death, Massacre, Six Feet Under) and lead guitarist Ken Andrew. The result was Inked In Blood (2014) which immediately took the world by storm. The next couple years revolved around an extensive world tour schedule that took them to sold-out venues across the globe including tours with Cannibal Corpse, Carcass and Exodus and multiple mainstage festival appearances including 7000 Tons of Metal, Maryland Deathfest, Hellfest, Obscene Extreme, Full Terror Assault, Neurotic Deathfest, Graspop Metal Meeting, and the band’s own inaugural Florida Metal Fest.
To end 2016, OBITUARY released a surprise, live EP, Ten Thousand Ways to Die, featuring two brand new songs plus twelve classics and fan favorites recorded across eleven different cities during the Inked In Blood world tour. The EP left die-hard fans craving more, unbeknownst that it was just the beginning.
Now in 2017, OBITUARY return with their self-titled, 10th studio album, further cementing their legacy as one of the most important metal bands of all time! Picking up where Inked In Blood left off, OBITUARY show no signs of slowing down as they continue to reign as Kings of death metal. Recorded at their home studio in Tampa, FL, Obituary is a 10 track tour-de-force of bone-pulverising death metal that is as heavy, uncompromising and infectious as anything they've released in their historic, nearly 30-year career!
OBITUARY are:
John Tardy – Vocals
Trevor Peres – Guitar
Kenny Andrews – Guitar
Terry Butler – Bass
Donald Tardy – Drums